Working with reconstruction of ancient tablet weavings made it necessary for me to use a pattern which both show the movement of the tablets and a picture of the tablets when moved to see if all tablets have been turned correctly. I have improved the pattern system of Egon Hansen, who was head of textile reconstruction at Moesgård Museum, Denmark during the seventies and eighties.

Use tablets with colored edges. Paint one edge red (or a light color) and the opposite edge black (or a dark color). 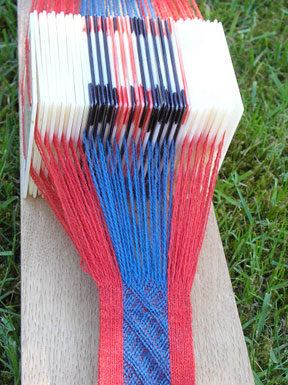 If you look at a tablet from above you will have 4 different “color codes” which can be given a symbol as seen below. 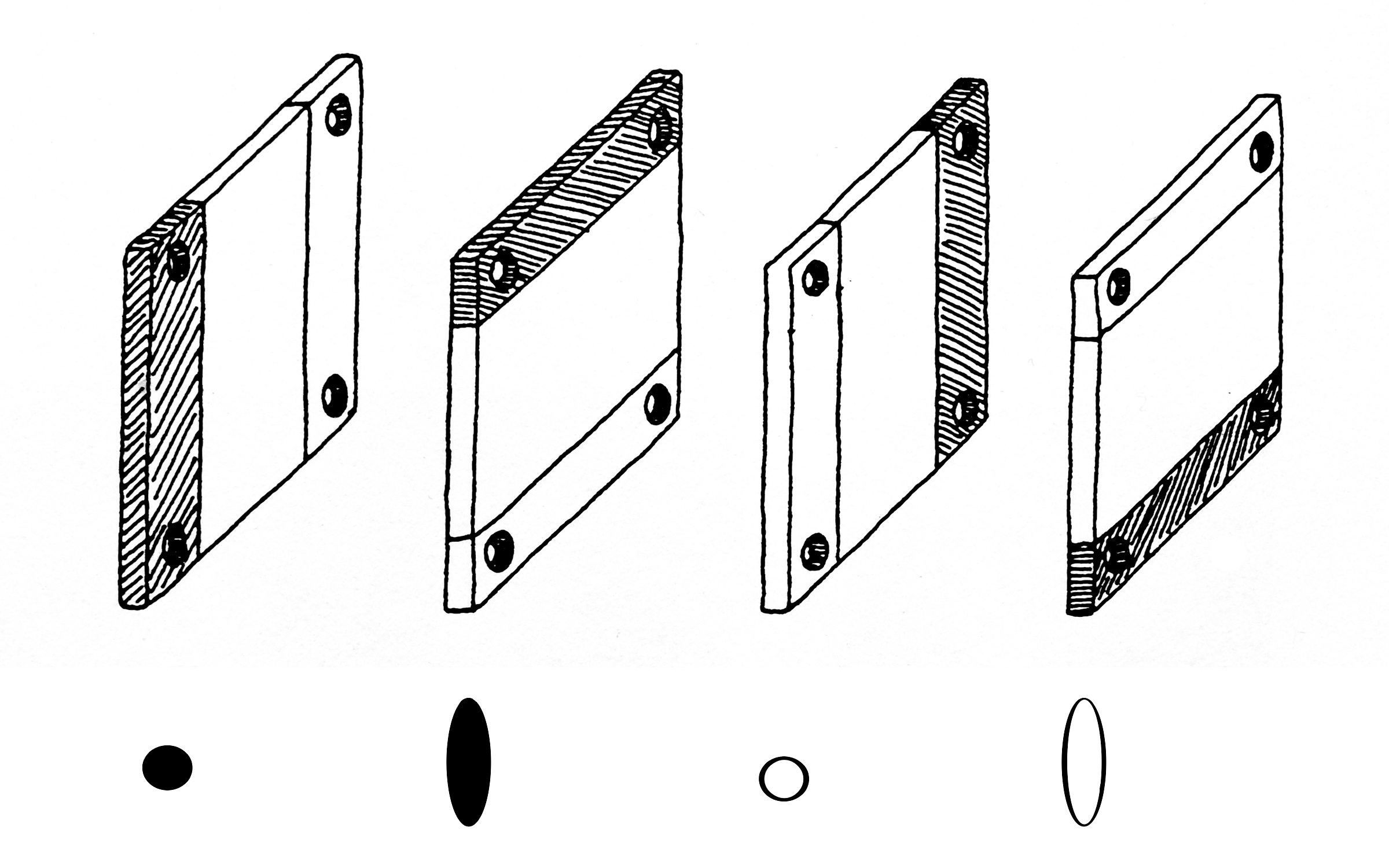 These “color codes” forms every second line of a dot pattern.
Below the start of a pattern in 3/1 double faced broken twill is seen. 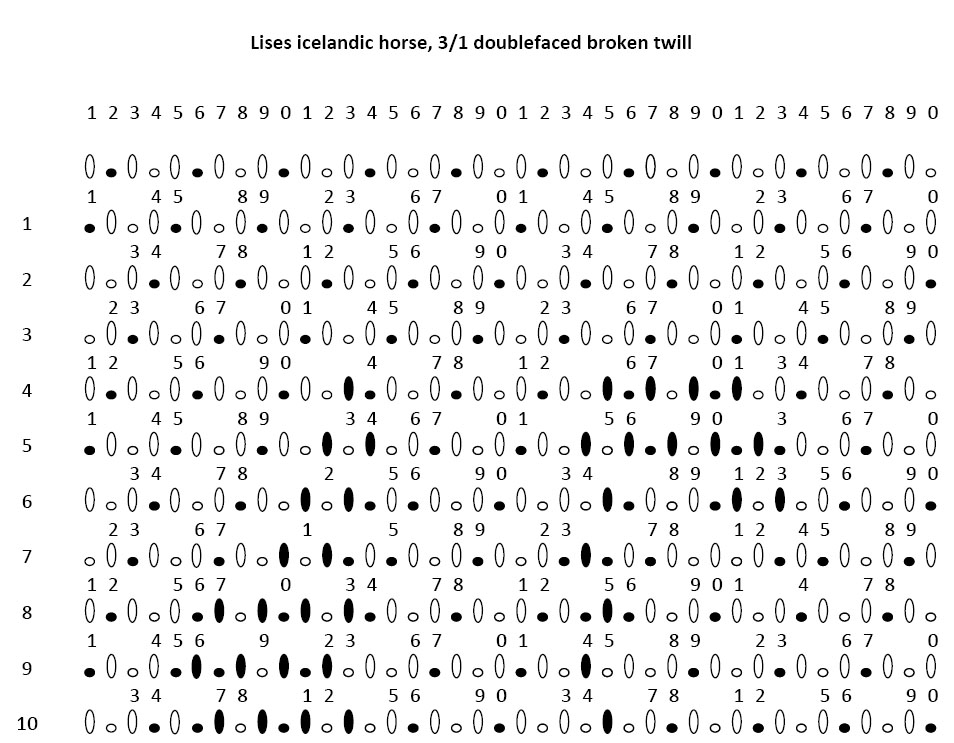 The symbols in the uppermost line of the pattern resemble the pattern of the colored edges of the tablets. But ! This is the only difficult part of using a dot-pattern. The pattern is seen mirror wise. This is due to the fact that you read from left to right, but it is easiest to work from right to left, when you are right handed. Also one has to remember that the border is woven from the bottom to the top while the pattern is starting at the top and ends at the bottom.

The symbols in the upper line shows the pattern seen on top of the tablets, while the numbers in the next line tells you if you have to twist a tablet forward (away from you) or you have to twist it backward (towards you). Each column represents one tablet. Either the number of the column is mentioned or it is not. A number means “twist the tablet forward”, a missing number means “twist the tablet backwards”.

In this way the pattern consists of rows of symbols which show the outlook of the colors of the tablet bundle between twisting and row of numbers, which show the way each tablet should be twisted. This means that even if one is disturbed while weaving, it is possible to find the right place to start weaving again.

This pattern system is difficult to use in the beginning, but a great help for complicated patterns. An I have found it very useful in my many analyses and reconstructions of tablet woven borders with unknown weaving method. Furthermore it is possible to work very fast using this method, as the eyes can follow the pattern without looking at the hands twisting the tablets.