At the location Hochdorf in Southern Germany a very rich celtic chieftains grave was found. The dating is 520-530 BC. In the grave many different textile fragments were found and among them several tablet weavings woven in complicated patterns. 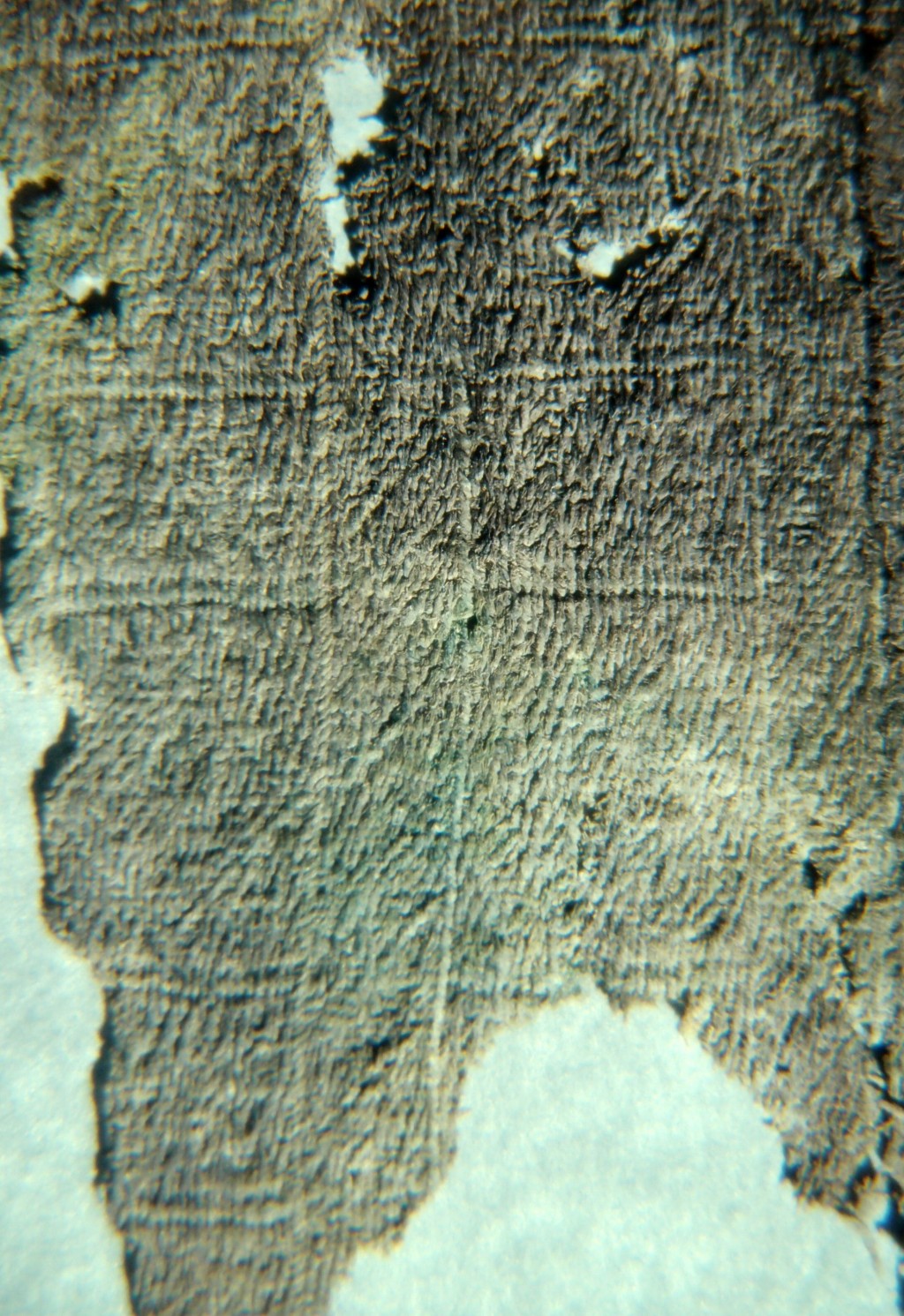 The items found are kept at the museum Alte Schloss in Stuttgart. At the site Hochdorf a museum was buildt telling the story of this great find and many reconstructions were made to make the story living. Dr. Johanna Banck-Burgess analysed the textiles and wrote her disertation on the research of the preserved textiles (Johanna Banck-Burgess: Hochdorf IV. Stuttgart 1999). Reconstructions of most of the textiles: Weaver Anna Nørgaard. Analysis and reconstruction of some of the complicated tablet weavings: Lise Ræder Knudsen (Technical description of the Fragments of the Broad Tablet woven band found on the Big Cauldron from Eberdingen-Hochdorf.). 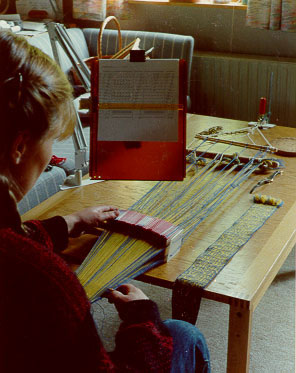 Weaving the reconstruction after many, many hours trying to figure out the original weaving method and producing the pattern. This reconstruction was woven using 98 tablets.  About 29.000 single tablets had to be twisted before the pattern repeated itself. 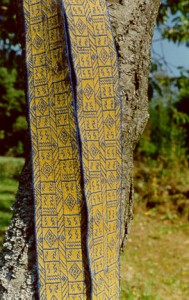 The finished band measuring about 1,20 m before the mounting on a twill fabric. The width of the band was about 6 cm and the yarn very fine.

After the reconstruction was finished another fragment of the tablet woven border was found and it revealed, that the band was somewhat broader having one edge of warp twined dark threads of different turning direction. 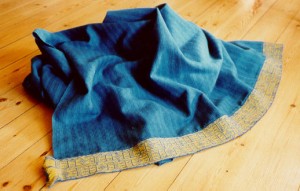 Reconstruction of the broad band from the cauldron sewn on a textile fabric (Photo and twill fabric Anna Nørgaard). 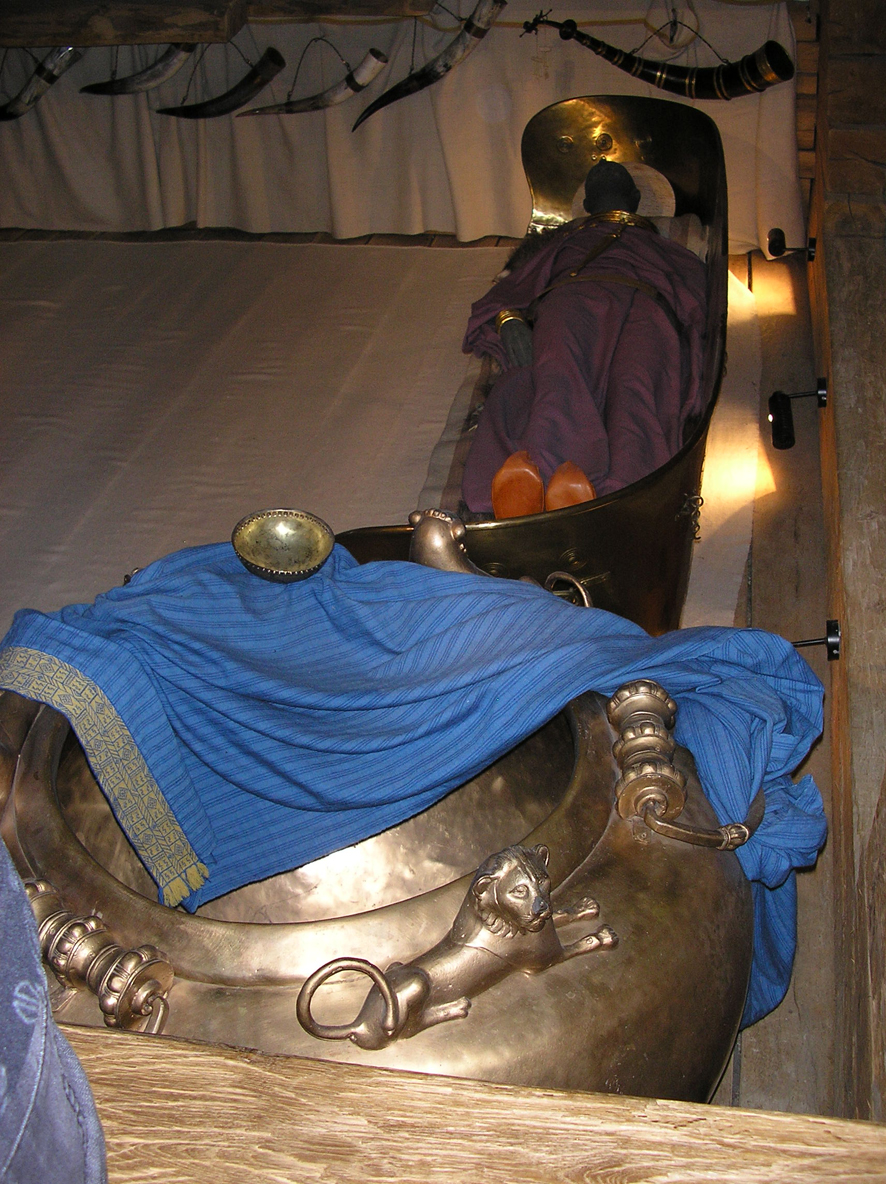 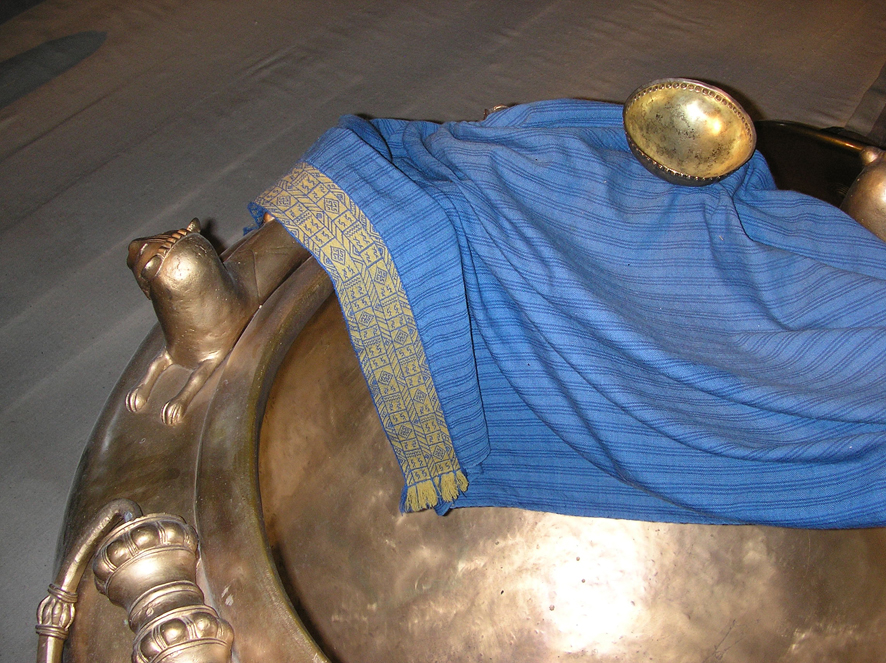 At Keltenmuseum Hochdorf-Enz near the finding place a reconstruction of the entire grave chamber including many of the textiles can be seen. 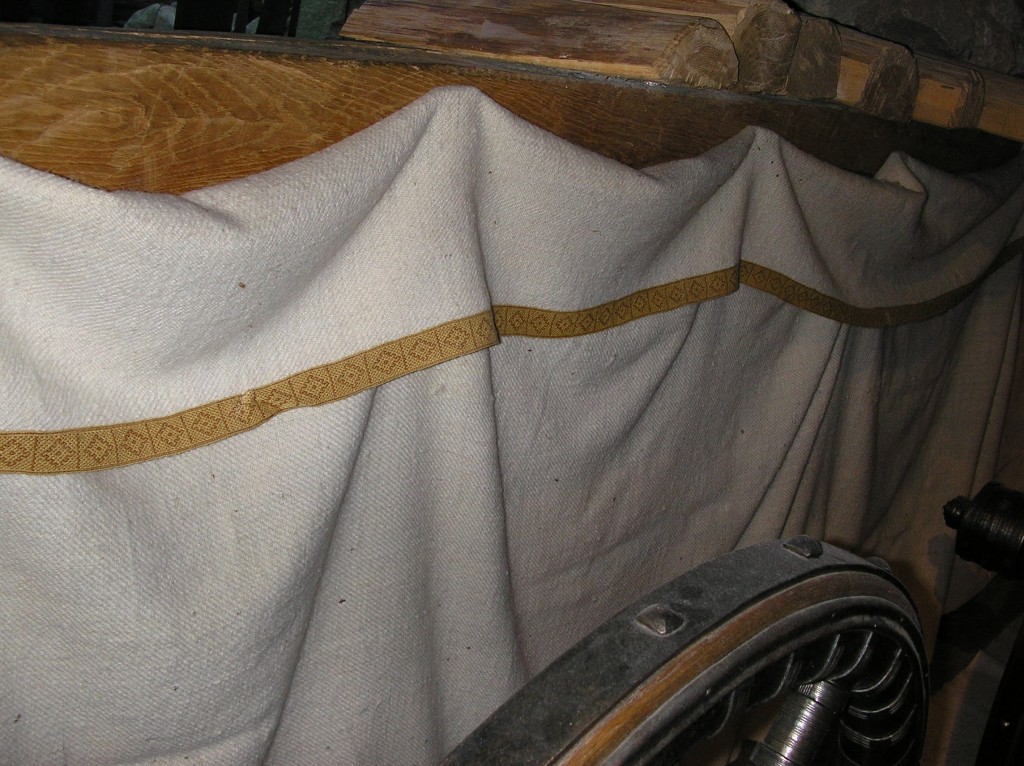 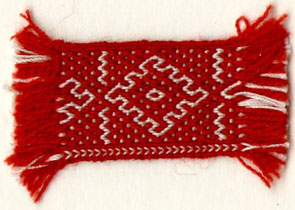 Pattern of the border from the wall hangings.